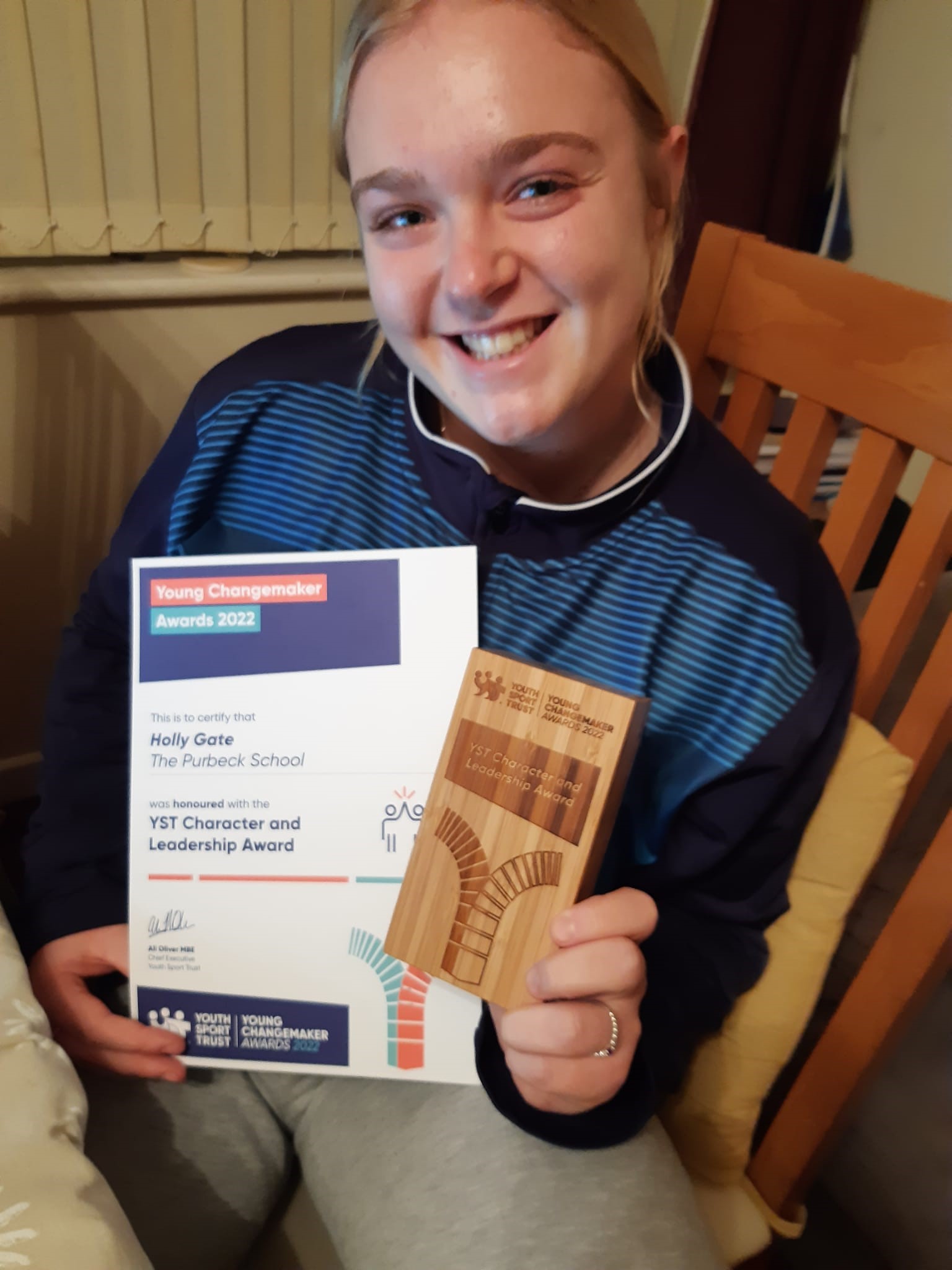 Holly Gate, an 18-year-old from Swanage has won a prestigious national charity award for helping to change lives through Sport, PE, Physical Activity and Play.

Holly was the winner of the YST's Character and Leadership Award. Formerly of The Purbeck School, and now a student at Bournemouth University, Holly was nominated for the award by Dan Moody, School Games Organiser for Christchurch and Purbeck, and Claire Tabor, Children and Young People Manager for Active Dorset, recognising her outstanding contribution to leadership as part of the Dorset Leadership Academy and Dorset School Games. Through volunteering to support and lead events which create positive experiences of Sport, Physical Activity and Play Holly has made a massive difference to the lives of thousands of young people in Dorset.

On receiving the award, Holly said:

"I am so grateful to have been nominated for this award let alone to have won it! Sports leadership is such an amazing opportunity for so many young people to get involved with and to enjoy helping others! i just want to say a massive thank you to Shelly Hamblin, Dan Moody, Claire Tabor and everyone at Active Dorset for making this possible and for providing me with so many leadership opportunities, i couldn't have done it without them!"

"It has been an amazing year of sporting moments. Whether it was the Lionesses roaring to victory at the Women's Euros, the home counties bring home multiple golds at the Birmingham 2022 Commonwealth Games, or the Red Roses making strides on the rugby pitch. All these brilliant achievements are an inspiring advert for being the very best version of yourself.

We have seen this translate into thousands of young people picking up the baton, championing the value of sport and play, leading, and organising sport for others. Holly is truly deserving of this YST Young Changemaker Award, showing a genuine desire and commitment to making the world a better place for others.

There is compelling evidence that young people who volunteer and take part in social action develop critical skills for employment and adulthood. Through Youth Sport Trust programmes, young people develop self-confidence, a sense of belonging and invaluable leadership skills. We are always amazed at the appetite these young Changemakers have for giving back and helping others.

Holly has used play and sport to address the issues that matter to a generation. I am incredibly proud of those who have been nominated." 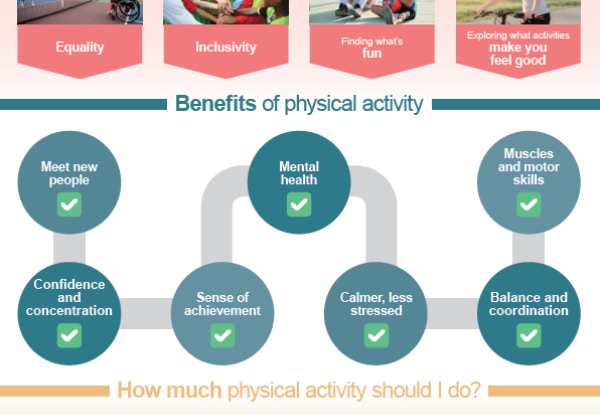 New guidelines to support disabled children to be more active Picnic in the Park is coming to Blandford & Bournemouth this weekend!