The Power of Conversation – Thriving Communities Visits in Devon

The Power of Conversation – Thriving Communities Visits in Devon 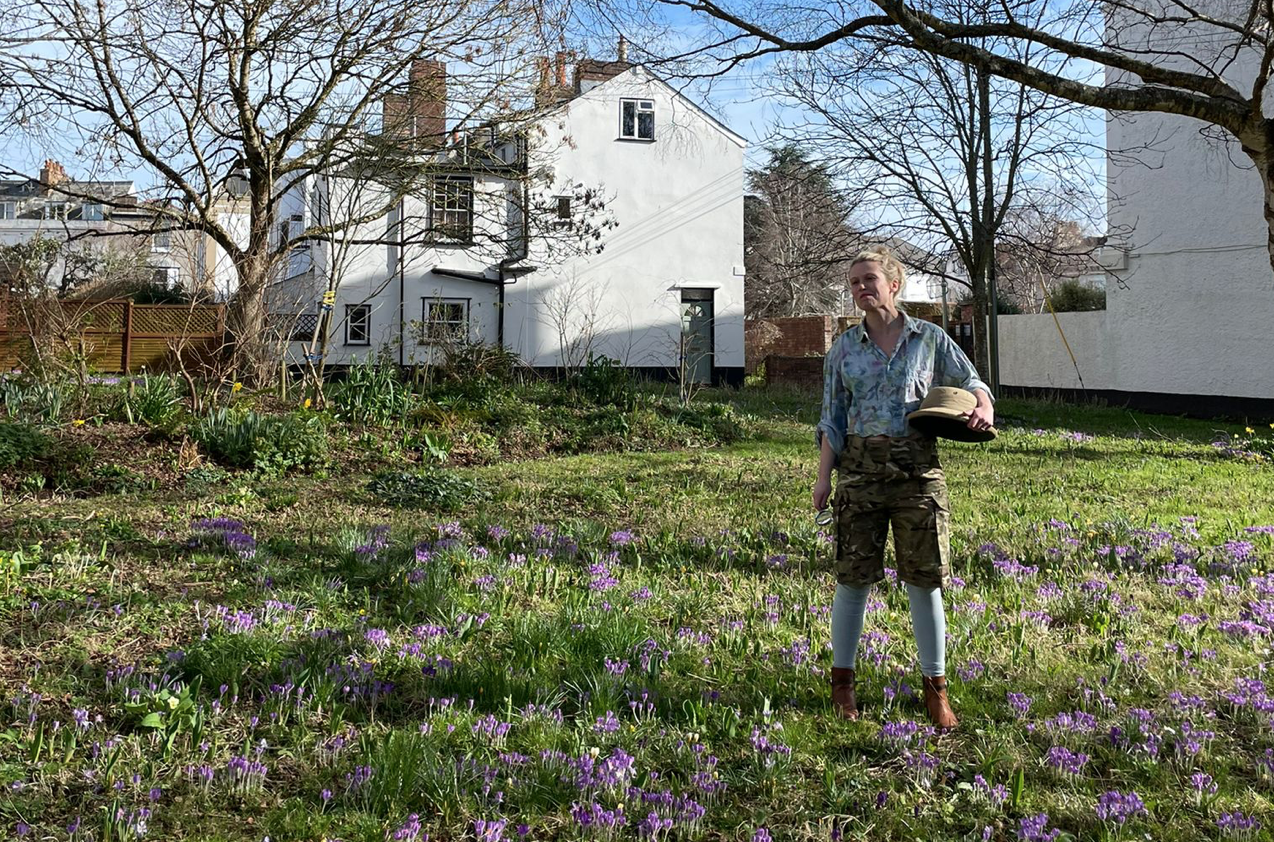 Here's James' account of what he got up to:

First up on Tuesday 1st February was a visit to the port city of Plymouth. The 'green social prescribing' project is coordinated by Plymouth Argyle Community Sports Trust and as part of the visit, Cordelia (Arts Council England Relationship Manager – South West) and I had the pleasure of participating in the weekly 'walk and talk' group that has been running since the summer of 2021 and primarily targets isolated older adults.

The walks take place, as do all of the planned sessions, in the wonderful setting of Central Park which is filled with various paths, green space, woodland and sports facilities. The walk began and I started listening to some conversations, which initially, focused on the Argyle football club, who had a massive FA Cup clash away at Chelsea on the horizon in which many in the group were attending. Everyone spoke of their beloved Argyle with such passion, and I started to learn how each participant had come to have a connection to the club and it really made me think of how much football means to people and how it enhances community cohesion and inclusion. As we continued further into the park, I spoke more to participants who mentioned how these sessions have been a lifeline, how "I now walk up the hill without stopping" and how they feel proud to live in Plymouth. The importance of place and belonging really struck me during the walk and how we all can benefit from feeling more connected to nature, greenspace, and our local community.

Towards the end of the walk, I found myself smiling, not just because there was tea and cake waiting for us in the community space, but because people need people. This really came across through conversations with participants, who were all so different with varying experiences, personalities, and backgrounds but yet came together through a sense of belonging, their love for Plymouth Argyle and the benefits of being outdoors.

Watch a video about the Green Social Prescribing project in Central Park Plymouth.

Fast forward a couple weeks to the 17th February and I had arrived in the Ancient city of Exeter, for a day of exploration, networking and discussion at the All's Well Community Connections Conference organised by Exeter Community Centre Trust.

To begin the day, I was part of a group who were taken on The All's Well Trail - a historic walking tour of the St. David's area of Exeter. The walk was led by two wonderful volunteers, Brana and Michele who had been specifically trained as part of the All's Well Thriving Communities Project. It was lovely to hear how they had both grown in confidence since starting the tours and I could sense how excited they were to take us on a historical journey around Exeter.

Joining us at different times on the trail were some amazingly talented augmented characters. Ranging from barmaids to cholera victims, they really helped to scratch the surface and uncover the stories that transported us back to the times in which they lived. As we continued further into the city, intertwining with the Georgian neighbourhoods had me feeling truly immersed in the culture and heritage of Exeter. It was joyous to feel part of something bigger than yourself and the All's Well trail certainly does that. Heritage surrounds us, every day, but how often do we truly feel connected to the buildings, people and landmarks that form our communities. Walking the trail left me wondering how much I really know about the history of my local area and excited me to find out more.

By the time we were back at the community centre the conference was in full swing, with an array of local voluntary organisations from across Exeter all networking over the delicious food provided locally by Love Food CIC. During the afternoon, I had the joy of listening to inspiring people speak passionately about the wonderful achievements of their groups and organisations. I was hit with a wave of optimism and comfort that afternoon as conversation filled the room. Sometimes we may forget the true power of conversation. Whether that is through telling stories, reaching out, speaking up or simply saying hello. It is how we connect; we are all made from stories.

The two visits demonstrated to me the impact social prescribing was having on community cohesion, individual wellbeing, and local understanding. I must mention what a brilliant job both Ben Kerswell at Plymouth Argyle and Pippa Marriot at All's Well have done in coordinating both the Thriving Communities Projects. Both now turn their attention to how they can drive forward their partnerships for the benefit of the communities in which they live, work and support.

These partnerships across sectors like the arts, nature, physical activity, and culture are so important to the ethos of Thriving Communities and I am excited to see what it means for the development of social prescribing both in the South West and across the country.