Walking Netball is a slower version of the game; it is netball, but at a walking pace.

An Overview of Walking Netball

Walking Netball has evolved from a growing demand for walking sports. Often, one of netball's strengths is that people never forget playing the sport and the memories as well as the love for the game never leave. The game has been designed so that anyone can play it regardless of age or fitness level. From those who have dropped out of the sport they love due to serious injury, to those who believed they had hung up their netball trainers many years ago, it really is for everyone.

Find Walking Netball Activities Near You 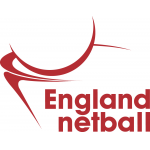 BH Live is the south coast’s leading operator of leisure and event venues; a social enterprise that designs and builds engaging experiences to inspire people and enrich lives.

A leisure centre catering for all ages and abilities

The Junction Sports & Leisure Centre is at the very heart of our local community, So whether it's using the Swimming Pool, the superbly equipped Cybex Gymnasium, the softplay Kidz Kingdom, available Function Room, Indoor Cycling facility, Tennis Courts,