Rugby league is a full contact game, played by two teams of 13 players.

An Overview of Rugby League

It is one of the two major codes of rugby football, the other being rugby union. Players on field are divided into forwards and backs. Each position has a designated number, 1 to 13. Numbers 14 to 17 are given to players starting on the bench, who will come into the game as substitutes for other players who are injured, in need of a rest, or less suited to the coach's strategy for that particular phase of the game.

Rugby league is played in more than 30 countries, though it is most commonly played in the United Kingdom (predominantly northern England) Australia and New Zealand.

Costs will vary across the country from club to club.

Find Rugby League Activities Near You 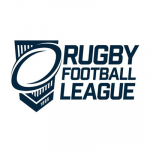 The Birmingham 2022 Commonwealth Games is perfectly positioned, sitting at the heart of the UK and standing for the diversity of the Commonwealth.

The Programme is focused on funding for
facilities and equipment. We want to work with: Any organisation that is developing Rugby League activity in their community.