An Overview of Roller Derby

Two teams of 5 skaters battle it out for position over a series of "jams" which last up to 2 minutes. Four "blockers" on each team and one "jammer". The jammer's job is to score points. After her initial pass through the "pack" of blockers, a jammer will score one point each time she passes a member of the opposing team. The blockers attempt to assist their own jammer while hindering the opposing jammer — playing both offense and defence simultaneously.

The game ends after the period clock runs out, and the team with the most points wins.

Find Roller Derby Activities Near You 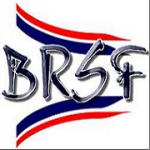 Formed in October 2014, Dorset Knobs Roller Derby (DKRD OR “The Knobs”) is a mens roller derby team based in Bournemouth, England. Over the last year, DKRD has steadily progressed from a group of pre-mins skaters into a competitive team of players rea