An Overview of Blind Football

There are two versions of football for people with visual impairments:

There are blind and partially sighted clubs competing in leagues and cups throughout the country. The National Blind Football League (for totally or almost totally blind people) is run by the FA, while British Blind Sport organise the Partially Sighted Football League.

Find Blind Football Activities Near You 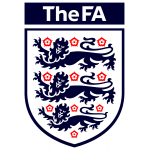 3G PITCH AT BUDMOUTH COLLEGE IN WEYMOUTH
This superb 3G pitch is an astroturf all weather pitch that can be hired for half or full pitch bookings to suit your 5/7 a-side football team . The pitch is kickboard free, providing free-flowing ideal condition