It is a game for all shapes and sizes, with 20-stone blockers featuring in the same team as speedy pass catchers.

An Overview of American Football

American Football is a team sport where the objective is to score points by advancing the ball into the opposing team's end zone by running with it or throwing it to a teammate.

Find American Football Activities Near You 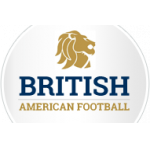 Jurassic Coast Raptors is an American Football team registered to BAFA. We play League Games between April and September and are based in the Dorchester/ Weymouth area of Dorset. We also promote sport locally through our coaching and recruitment programs